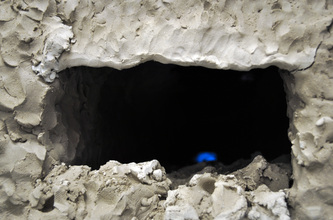 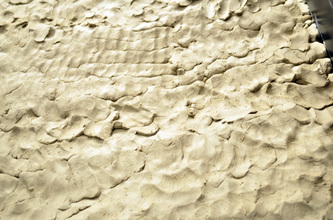 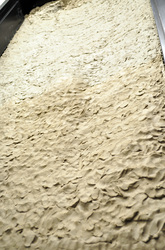 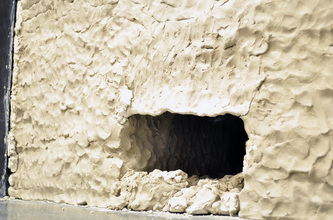 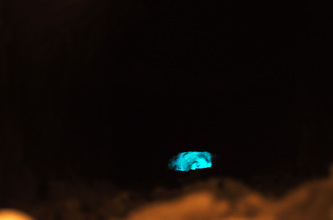 Rue 2012, unfired clay, sound, light
Rue functions to blockade the passageway into a space, rather than creating a fully immersive experience for the viewer into a room it only allows for a window into the unknown space.  This distancing I associate to only allowing certain aspects of an experience to be revealed.   At the end of the tunnel there is a soft blue light and the sound of chimes and waves.  It’s a peaceful lullaby that then gets jarred by the sound of an alarm going off, picking up momentum.  As the piece developed the wall began to crack and pull from the sides of the doorframe.  It became more and more precarious as it appeared like it may collapse.